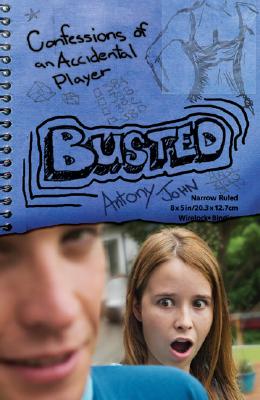 
I feel like I'm about to pass out, but that won't do much for my new reputation as a non-dork, so I bury my head in the Book instead. There's not much there, really--just the senior portrait of every girl in my class, and below each photo, space for me to record her measurements--once I get her measurements, that is.

From his flute-playing prowess to his nerdy reputation, Kevin Mopsely epitomizes uncool. When popular jock Brandon Trent appoints Kevin to compile the Book of Busts--a record of the bust, waist, and hip measurements of every senior girl--Kevin fears he's out of his league. The Book, however, is the key to his popularity, so Kevin accepts the challenge--uncovering much more than he bargained for in the process.

Busted is a hilarious and provocative debut that tackles the intricate issues of first love, testosterone-laden peer pressure, feminism, and "GRRL power" with a fresh and unique voice that will appeal to both male and female teenage readers.