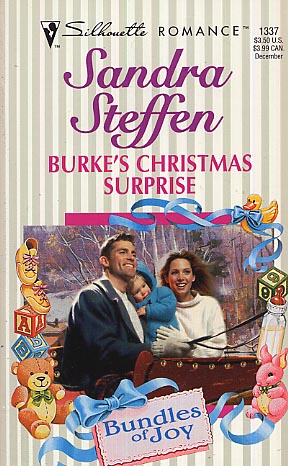 The Bachelor: Dr. Burke Kincaid.
He'd spent one memorable night in town and had returned to claim the woman he'd never forgotten.

The Bride: Miss Louetta Graham.
The "gal most likely not to" now had one too many marriage proposals.

The shiest woman in Bachelor Gulch had loved only one man and had waited years for his return. Now Burke was back...as someone else was asking for Louetta's hand. But just when she had decided to follow her heart, her doctor suitor revealed a few surprises. For Burke's Christmas present to the bride of his dreams was a tiny toddler...and a mighty big explanation.
Reviews from Goodreads.com