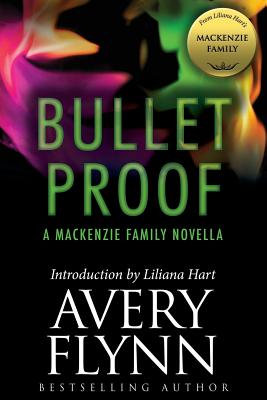 From Liliana Hart’s New York Times bestselling MacKenzie family comes a new story by best-selling author Avery Flynn... "Being one of the good guys is not my thing." Bianca Sutherland isn't at an exclusive Eyes-Wide-Shut style orgy for the orgasms. She’s there because the only clue to her friend’s disappearance is a photo of a painting hanging somewhere in Bisu Manor. Determined to find her missing friend when no one else will, she expects trouble when she cons her way into the party—but not in the form of a so-hot-he-turns-your-panties-to-ash former boxer. Taz Hazard’s only concern is looking out for himself and he has no intention of changing his ways until he finds sexy-as-sin Bianca at the most notorious mansion in Ft. Worth. Now, he’s tangled up in a missing person case tied into a powerful new drug about to flood the streets, if they can’t find a way to stop it before its too late. Taking on a drug cartel isn’t safe, but when passion ignites between them Taz and Bianca discover their hearts aren’t bulletproof either.
Reviews from Goodreads.com