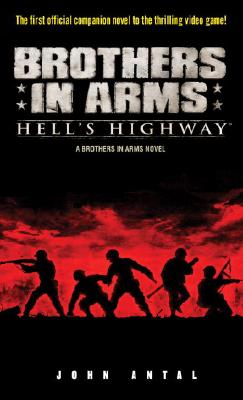 Share:
“With sharp insights into history, combat, and human nature, this enthralling novel can stand beside even the best chronicles of that fabled ‘band of brothers.’ ”
–Ralph Peters, author of Wars of Blood and Faith

It’s 1944, and the German war machine is on its heels but still lethal, while the Allies pry the Netherlands from the Nazis’ grasp. Operation Market Garden will be spearheaded by the 101st Airborne Screaming Eagles. But if you’re one man in one corner of this battle, it’s a plunge into chaos–at a place called “Hell’s Highway.”

Sergeant Matt Baker is a recon leader from the 101st, in charge of a team of Brits, Americans, and Dutch resistance fighters sent on a desperate reconnaissance mission. For Baker, every step behind enemy lines means dozens of critical choices, firefights that explode out of nowhere, and facing down one ruthless German who knows his war is lost– and who is as fierce as he is brilliant. To both men, it’s a battle to get out of hell alive.

From the struggles of the men and women of the Dutch resistance to a pitched fight for one critical bridge, Hell’s Highway is the suspense-packed, surprise-filled version of the bestselling video game–and an intense epic journey into the true nature of war.