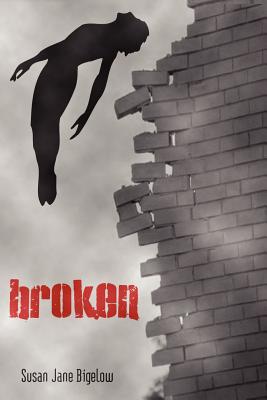 In a post-war future world where First Contact has been made, humans are colonizing the stars, and the nations of Earth have been united under a central government, Extrahumans are required by law to belong to the Union. When a young man with visions of the future sets out on a mission to define the course of human history, he encounters a devastated former hero, a fascist dictatorship bent on world domination, and the realities of living in a society where affiliation is everything. Broken figured she was done with heroics when she lost the ability to fly and fled the confinement of the Extrahuman Union. But then the world started to fall apart around her, and the mysterious Michael Forward entered her life, dangling the possibility of redemption and rebirth. Michael Forward can see the future, but all he wants is to escape the destiny he has struggled against all his life. When the moment comes, though, he finds he can't refuse. Now he needs the help of a homeless ex-superhero to save a baby who may be the key to humanity's freedom. Monica had a good life with her large family, until two strangers and a baby showed up at her door. Now her family is gone, her life is in ruins, and she's on the run from the law. In a time of spreading darkness, when paranoia and oppression have overtaken the world, can three unlikely allies preserve a small ray of hope for a better, brighter future?
Reviews from Goodreads.com