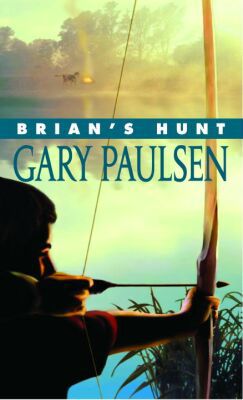 Millions of readers of Hatchet, The River, Brian's Winter and Brian's Return know that Brian Robeson is at home in the Canadian wilderness. He has stood up to the challenge of surviving alone in the north woods. He prefers being on his own in the natural world to living in civilization.

Brian is camping alone on a lake in the woods when he finds a dog that is wounded and whimpering. Who or what injured the dog? As Brian cares for her, he worries about his Cree friends, who live north of his camp. His instincts tell him to head north, quickly. With his new companion at his side, and with a terrible growing unease, he sets out to learn what happened. He sets out on the hunt.

Gary Paulsen expertly delivers a riveting story that brilliantly combines two of his great themes: the human animal's place in nature, and the mysterious and wonderful bond between humans and dogs.