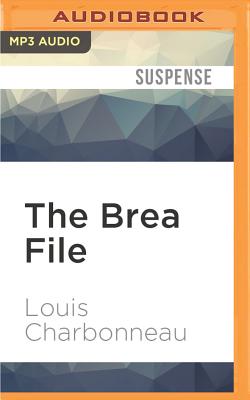 Share:
Spilled blood is not easily washed away...The People’s Revolutionary Committee massacre was no accident. The annihilation of the PRC—the domestic terrorist organization responsible for a string of deadly attacks in the U.S.—was orchestrated by a rogue FBI agent operating under the code name “Brea.” After the explosion, Brea disappeared and the case lay forgotten, except by one man.Special Agent Vernon Lippert always felt that there was more to the PRC incident than cited in the official report. So, months from retirement, he launched an inquiry of his own, outside official lines. Though Lippert finally discovered Brea’s real identity, the knowledge cost him his life, and now his personal file on the case is missing.Paul Macimer, Special-Agent-in-Charge of the FBI’s Washington Field Office, is assigned to locate the Brea file. Retracing Lippert’s steps, Macimer is quickly dragged into depths of bureaucratic subterfuge and red tape, tracking a cover-up to the top levels of the FBI. As Macimer gets closer to exposing the truth, someone tries to sabotage the investigation and targets Macimer and his family. Finding Brea isn’t just a matter of duty anymore: it’s survival.