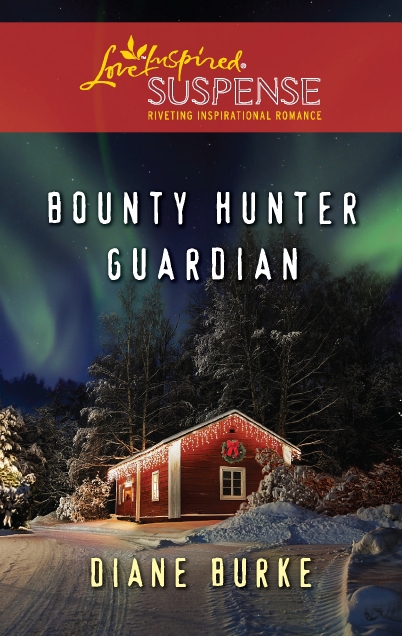 Everyone believes Amanda Stowe killed her husband -- except for a mysterious woman who promises her evidence will clear Amanda's name. Amanda has to meet her...even if it means jumping bail and praying she'll reach Alaska before law enforcement closes in.

If Chance Walker has learned anything as a bounty hunter, it's that only the guilty run. When he captures Amanda, he's ready to bring her to justice. But attacks against Amanda make Chance reconsider. What if his target really is innocent? Will Chance put his life on the line to find the truth -- and keep Amanda safe?
Reviews from Goodreads.com

This book was good. It revolved around a recently widowed woman who is on the run for her husband's murder. The bounty hunter, Chance Walker, doesn't think she's innocent and hauls her back to D.C. At least, he tries to. A plan crash and some other events gives him a clue that perhaps she really innocent.

My question is this: What happened to the dead pilot? I know it's not exactly important for this book, but I needed it for my own closure. Did they just leave him out there? Did they call the cops after making their escape? What? It feels such a small detail, but left me wondering through the rest of the book...