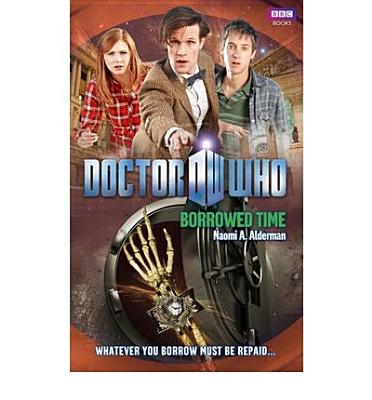 Share:
Andrew Brown never has enough time. No time to call his sister, no time to prepare for that important presentation at the bank where he works... the train's late, the lift jams, the all-important meeting's started by the time he arrives. Disaster. If only he'd had just a little more time. Time is the business of Mr Symington and Mr Blenkinsop. They'll lend Andrew Brown some time - at a very reasonable rate of interest. If he was in trouble before he borrowed time, things have just got a lot worse! Detecting a problem, the Doctor, Amy, and Rory go undercover at the bank. The Doctor's a respected expert, and Amy's his trusted advisor. Rory has a job in the post room. But they have to move fast to stop Symington and Blenkinsop before they cash in their investments. The Harvest is approaching! A thrilling, all-new adventure featuring the Doctor, Amy, and Rory, as played by Matt Smith, Karen Gillan, and Arthur Darvill in the spectacular hit series from BBC Television.