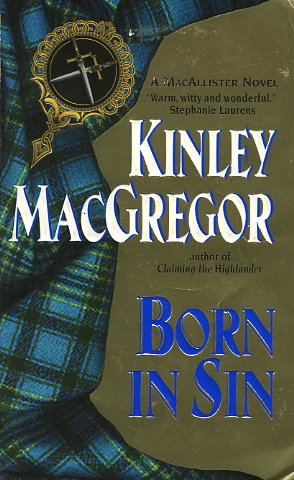 Share:
The fiery highborn lass will sacrifice almost anything for her beloved Highlands -- even marry a dangerous man whom everyone fears but she cannot trust...

The man they call "Sin."

Though few can equal her skill with the sword, Caledonia MacNeely fights an unfamiliar shiver when she is offered in marriage to the infamous "Lord Sin." Though Callie fears this mysterious, unreachable stranger -- less for the dark whispers that damn him than for the heat of his touch -- she is under the order of the English king. And with the fate of her troubled clan hanging in the balance, she has little recourse.

Banished as a child, "Sin" MacAllister learned to despise his Scottish heritage. Yet now, to unmask King Henry's foes, he must return to the hated Highlands -- wedded to a bewitching lass whose flaming red hair matches the fire of her spirit. A cold, hard heart has always been the key to Sin's survival, but this beauty awakens in him a perilous need he's never known.