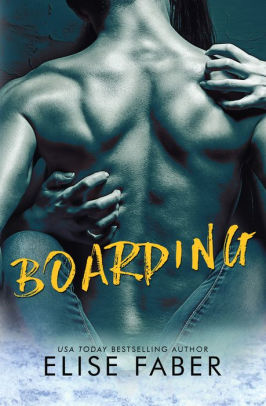 Muscles. Mandy’s work was supposed to be regulated to muscles.

Well, muscles and ligaments and tendons . . . and general body health and—

Sigh. She was blabbering as usual, but muscles combined with lips that were way too kissable and a pair of sharp blue eyes that pierced right through all of her carefully erected defenses had a way of doing that to a girl.

Blane was her fantasy—literally her nightly fantasy. He was sexy, strong, talented, and normally she would have thrown herself at his feet and begged for a night—or, cough, more—showing him exactly what that fantasy was.

But that would mean she would get fired . . . and worse, so would he.

She couldn’t have that on her conscience, not when Blane was a gifted player for the San Francisco Gold. Plus, he was a professional athlete and their relationships were doomed to fail. Mandy knew that firsthand and she also knew she couldn’t live that life. Always being the one left behind, always way down on the priority list.

Hockey was his job and it was all consuming. That was reality and everything was fine—

Until, Blane got hurt. Until she was spending more time with him. Much more time.

Until Blane told her she was his fantasy too.