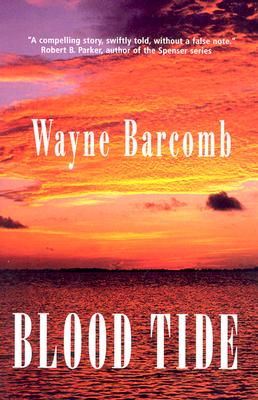 Sarasota, Florida is the backdrop for the third suspense novel by Wayne Barcomb. His main character, Sam Wallace plays citizen cop after stumbling upon a series of events that lead to murder, love, and enlightenment. Wallace, a novelist and ex-teacher, relocates from Boston to Florida after losing his job, his wife to another man, and his focus in life. A good friend gives him the keys to his bachelor pad, where Wallace and his dog, Henry, settle into their new life. Many colorful characters awaken Sam Wallace to a town where shady developers and shoddy escorts socialize among the nouveau riche. The first character Sam meets is a classic car dealer named Rossi, who is murdered two days later. Sam becomes curious and offers his skills as a former Boston police officer (prior to becoming a teacher) to the local homicide detective, Diane Lewis. He encounters one quirky character after another who unravels the mystery behind the consecutive murders that occur. Sam's love interest, Dr. Jennifer Belding finds herself in peril due to her research on a virulent strain of red tide that might reach the West Coast of Florida just before the tourist season opens. Jimbo Conlin, a wealthy developer, gets wrapped up in the chaos while building a brand new resort, which could be affected by Belding's research if tourists hear about it. And finally, Alexis Helfrich, the owner of a kinky escort service gets involved via her relations with most of the male community of Sarasota. It is Sam at the end of the novel that finds the murderer, finally gaining the respect of Detective Lewis. As the story unfolds, the reader is left with a perfect picture of Sarasota, and a story that builds amongst its eccentric characters. About the Author WAYNE BARCOMB was president of a college textbook publishing company in Boston before moving to Florida and becoming a full time professional writer. He has written two other novels, Spin the Bottle and All Are Naked. He has contributed to many publications including The Boston Globe, The Boston Herald, Boston Magazine, Publisher's Weekly, City Tempo Magazine, SRQ, and Sarasota Magazine. Barcomb and his wife, Susan, live in Sarasota, Florida.
Reviews from Goodreads.com