Blood on the Rimrock — Phil Dunlap 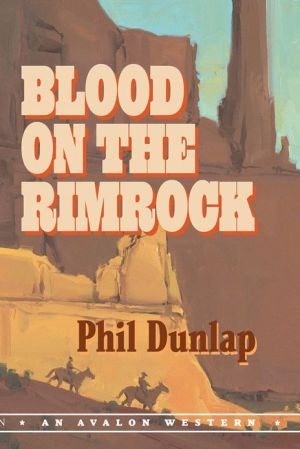 
US Marshal Piedmont Kelly shackles a stranger to a tree for the night after the man rides into his camp and tries to kill him. When dawn arrives, Kelly finds the man murdered in his sleep. Confused and worried, the marshal sets out to back track the man in hopes of catching his killer. Along the way, he comes across a wounded Chiricahua Apache who has been shot during an attempted massacre of several of his people. After patching the Indian's wounds, the marshal finds that the Indian is a suspect in the robbery of a stagecoach and the killing of a driver, guard and passengers. Feeling strongly that the Indian is innocent, the marshal discovers that the man murdered in his camp holds the key to a highly unlikely band of killers. Phil Dunlap delivers another fast-paced, action-packed western.