Blood on My Hands — Todd Strasser 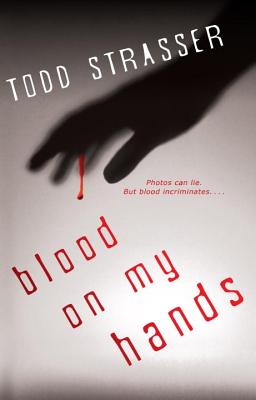 All it takes is one second. One stupid move. One click of a cell phone.

When Callie Carson discovers ice queen Katherine Remington-Day sprawled on the ground one night, she bends down to help her. It's only natural -- the party's been a bit wild, after all. And it's only natural for her to pull out the fake knife she discovers, irritated at one more example of Katherine's callous disregard of other people's feelings.

But the knife is real . . . and bloody. And then Callie hears the click of one cell phone, followed by another, and another. In minutes, images of her holding the bloody knife have gone viral.

Now wanted for murder, Callie is on the run from the police. All the evidence points to her guilt, but she's determined to prove her innocence, which would mean . . . the real killer is still out there.

The Todd Strasser “thrill”-ogy that began with Wish You Were Dead continues with the riveting Blood On My Hands.
Reviews from Goodreads.com 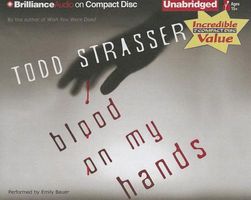