Blood in my Eyes — Marcellus Allen 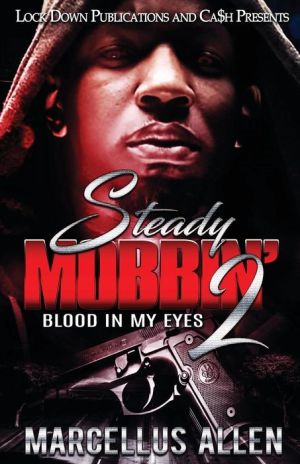 
O'DAWG is shot up and fighting for his life in the county jail, while he is facing a life sentence for murder. Just when he feels like things couldn't get any worse, it does! He stumbles across the real identity of BOOBIE's killer. And what he finds out is earth shattering and causes blood to pour out of his eyes! He vows when he hits the streets, the city of Portland will never be the same.The Gutta squad is still trying to destroy what he built up by any means necessary, especially while he is locked up. The Mob life have been taking hits from the outside as they crumble from within. Will O'Dawg be able to keep his empire from falling or will he be the one to destroy everything? When secrets from the dark come to the light, loyalties will be tested and the streets will be flooded with blood as every man fights to stay alive. It's no longer over money, it's personal now. Blood in my Eyes is a story of extreme treachery, disloyalty, greed, money and pride. Who will live? Who will die?