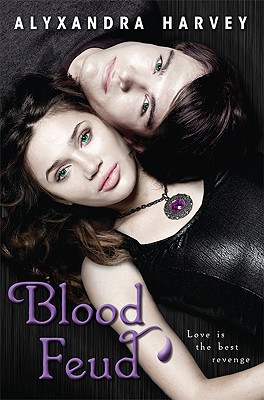 He looked about eighteen, same as Magda and me -- though technically I was really 232 years old. He must be one of the legendary Drake brothers. The shape of his jaw and his narrow nose were distinctly aristocratic; he would have been more at home among the nobles of my time. It made me both distrust him and feel oddly drawn to him. I straightened my spine. I wasn't here to admire pretty boys. It was inexcusable to be distracted, even for a moment.

It's been centuries since Isabeau St. Croix survived the French Revolution. Now she's made her way back to the living, and she must face the ultimate test by confronting the evil British lord who turned her into a vampire and left her buried for two hundred years.... That's if she can control her affection for Logan Drake, a vampire whose bite is as sweet as the revenge she seeks.
Reviews from Goodreads.com