Blood at the Crossing — Jake Logan 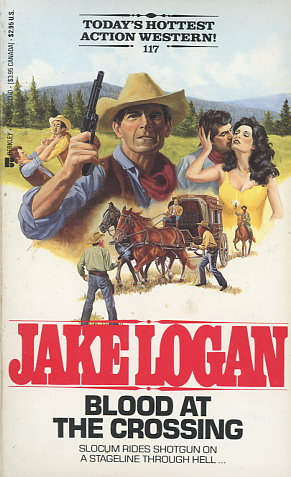 SLOCUM RAN THE STAGELINE WITH HIS FISTS AND A COLT .45... because that's what Big Ben McCormack hired him to do. Theresa shooting war going on in Hardins Crossing, between the railroad and the stages, and neither side is about to give up without a fight.

Now its Slocum's job to see that the stages get through and nothing is going to stop him. Not bullets. Not dynamite. Not even a pair of frolicsome fillies doing their level best to come between Slocum and his boss, the ex-bareknuckle champion of the U.S.
Reviews from Goodreads.com