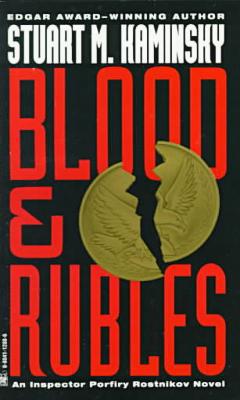 Crime in post-communist Russia has only gotten worse: rubles are scarce, blood, plentiful. In the eyes of Inspector Porfiry Rostnikov and his metropolitan police team, newfound democracy has unleashed the desperation that pushes people over the edge, and a trio of nasty cases confirms their worst fears.

Deputy Inspector Sasha Tkach must find the murderous thieves who have terrorized an impoverished neighborhood. Policewoman Elena Timofeyeva joins the tax police in a raid on a house filled with priceless Czarist treasures--which disappear the following day without a trace. And relentless Inspector Emil Karpo will not rest until he finds the Mafia beasts who killed the only woman he has ever loved in a bloody drive-by shooting--and Karpo intends to punish them his way. . . .

"Kaminsky excels each time he enters the harshness of post-Cold War Russia."