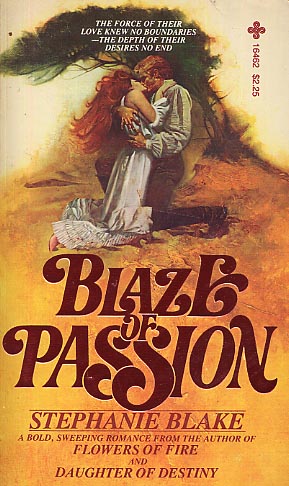 THE SWEEPING HISTORICAL LOVE SAGA THAT MILLIONS HAVE BEEN WAITING FOR

In a breathtaking romance that races from the turbulence of nineteenth-century England to the sweltering penal colonies in the Australian jungle, from glamorous and sophisticated Paris to the wild California gold fields, from dazzling San Francisco to an earth-shattering climax of fierce passion and revenge, a beautiful woman and two determined men are relentlessly driven by the wanton winds of fate.

CRAIG MacDOUGAL
the dashing outlaw-turned-titan whose savage desire for Addie was matched only by his passion for plunder.

JOHN BLANDINGS
a man blinded by insane jealousy, whose hunger for Adelaide took him from the out country of Australia and propelled him on a violent trek across the globe.
Reviews from Goodreads.com