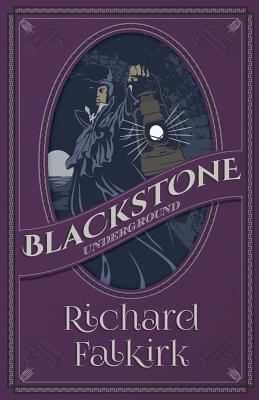 “A welcome return.”
The Guardian

“Crisp, fast-moving stuff, with a strong sense of period.”
Homes and Gardens

Tall, dark, elegant and tough, Blackstone grew up in the roughest slums of London. He now rubs shoulders with high society as easily as he moves among the thieves, whores and cut-throats of the nineteenth-century underworld. His dangerous career has made him a crack shot - and given him a taste for good wine and fine women. He is ruthless and courageous, and above all a Bow Street Runner.

Blackstone receives a challenge from the mysterious ‘Diddiki' that they will break into the bullion vaults of the Bank of England. Suddenly he is faced with a dilemma: a pretty girl implores him to rescue her 13-year-old brother from the gallows. But will he have time to save both the boy and his own professional reputation? The race against time takes him on a dramatic chase through the twilight world of London's underground waterways.