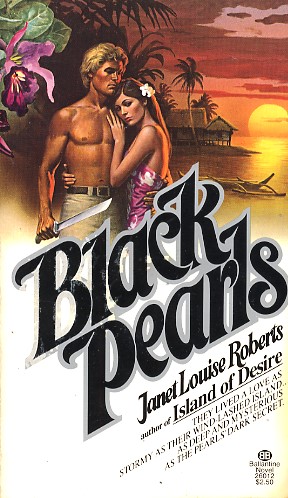 Season of Rage...Seeds of Desire!

Hawaii in the 1880s was a land of troubled beauty seething with native rebellion, natural disasters, and the violent greed that followed the discovery of black pearls.

And while danger raged through paradise, in the tempestuous splendor of a tropical storm, two longing hearts were joined. Peter Darien, the handsome, dating master of
Darien Ranch who clashed with destiny to protect his land--and his love. Rosalind the passionate innocent who became a woman in Peter's arms. Together they fought those who came to rape their land for plunder--challenged lust and hate for a love that was as mighty as the volcanoes, as rare as Black Pearls
Reviews from Goodreads.com