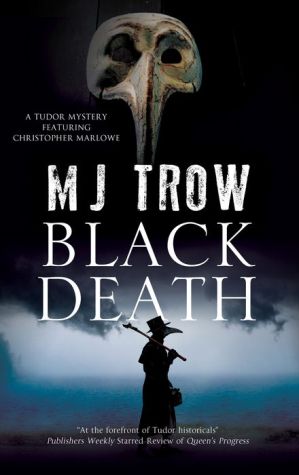 As plague stalks the streets of 16th century London, Christopher Marlowe is drawn into a baffling murder investigation where nothing is as it first appears.

September, 1592. ‚ÄúKit, I know we have never been friends, but you are the only man in London to whom I can write. Someone is trying to kill me‚Äù.

Christopher Marlowe had never liked Robert Greene when he was alive. But when the former Cambridge scholar is found dead in a cheap London boarding house, shortly after sending Kit a desperate letter, Marlowe feels duty bound to find out who killed him ‚Äì and why.

What secrets did Robert Greene take with him to the grave? And why is the Queen‚Äôs spymaster, Sir Robert Cecil, taking such a keen interest in the case? As plague stalks the streets of London and the stage manager of the Rose Theatre disappears without trace just days before the opening of Marlowe‚Äôs new play, the playwright-sleuth finds himself in the midst of a baffling murder investigation ‚Äì where nothing is as it first appears.