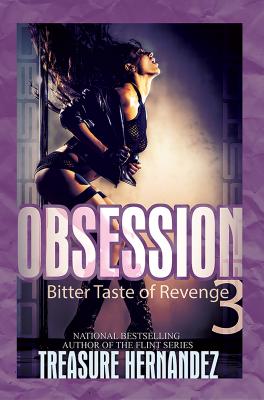 
Imagine a girl so in love that she's willing to serve time in jail for her man. Now meet Secret Miller, eighteen and pregnant, being hauled off to jail while her boyfriend, Lucky, looks the other way. The dope the police found in the car is Lucky's, but since it's Secret's car and she's the one driving, the police throw her in cuffs. Not only does Lucky not speak up for his girl, but he has his side chick come and pick him up from the scene while Secret sits watching in the back of a police car.

Imagine a girl so obsessed with revenge that she's willing to spend the rest of her life in jail after paying back her man for his disloyalty. Now walk with Secret Miller and a boatload of other broads who have been burned by Lucky. They want to see him pay for the hurt and pain he's caused in their lives.

In Obsessed 3, everything comes full circle as Lucky tries to maneuver through a maze of some down-ass chicks, and those chicks who just want to take him down.