Birth of a Killer — Darren Shan 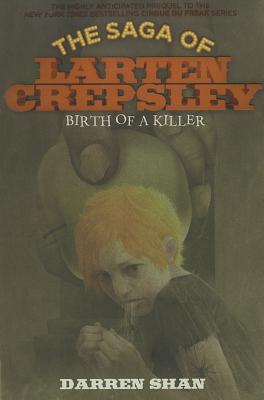 Before the war with the vampaneze...

Before he was a vampire.

As a child laborer many centuries ago, Larten Crepsley did his job well and without complaint, until the day the foreman killed his brother as an example to the other children.

In that moment, young Larten flies into a rage that the foreman wouldn't survive. Forced on the run, he sleeps in crypts and eats cobwebs to get by. And when a vampire named Seba offers him protection and training as a vampire's assistant, Larten takes it.

This is his story.
Reviews from Goodreads.com