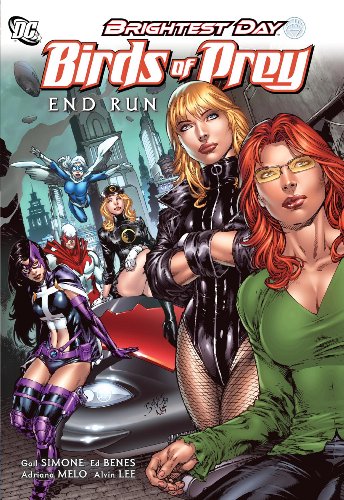 Soaring out of BRIGHTEST DAY, the Birds of Prey are back!
Oracle, Black Canary, Huntress and Lady Blackhawk all return to Gotham City, where they belong – and they’ve brought a couple of new friends (or are they foes?) along with them.
The Birds of Prey are forced to ally themselves with the worst of Gotham City’s mega-criminals while they struggle to save his life from the unspeakable horror that hunts them all. Pursued by an unstoppable killer, the Birds are forced to run a gauntlet of insane gang members and corrupt cops out to kill them while trying to keep a teammate alive.
Reviews from Goodreads.com