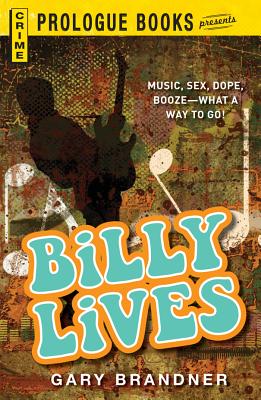 Billy Lockett: He was the king of rock ‘n roll - until a shocking accident cut short his spectacular career.

Iris Ames: A nubile beauty who was the latest to be promoted by Billy from groupie to bedmate.

Al Fenstra: Billy’s manager who guided his career like a father. His reaction to Billy’s accident: “Jesus Christ, I’m wiped out!”

Madeline Fenstra: Al’s cool and lovely young wife who knew more about Billy than she should.

Dean Hardeman: Once he was a literary giant, now he is debt-ridden alcoholic. Hired to write Billy’s story, he discovers the surprising truth behind Billy’s legend - and some startling facts about himself.

Billy Lives is a hard-driving novel about rock music’s dim subculture, where drugs, kinky sex, and easy money can turn a teenager into a millionaire overnight - or make him an old man in a week.
Reviews from Goodreads.com