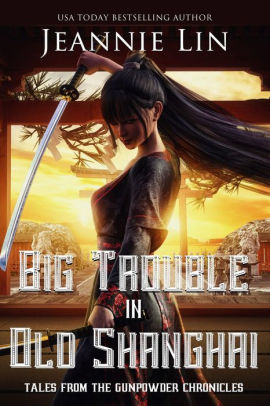 Share:
East meets West in a clash of gunpowder technology versus steam in an epic and richly-detailed series.First published as part of the Tales from the Gunpowder Chronicles collection.Big Trouble in Old ShanghaiThe signs are there. Gangs roaming the streets, the very earth shaking beneath their feet. Ming-fen could tell something was coming to Old Shanghai, but she didn't know exactly what until the city erupted in fiery rebellion -- with her brother caught on the wrong side. With the streets in turmoil, Ming-fen must rely on her fighting skills and a blue-eyed foreign devil to survive the day, and perhaps keep an already broken city from all-out civil war.