Between a Rock and a Heart Place — Natale Stenzel 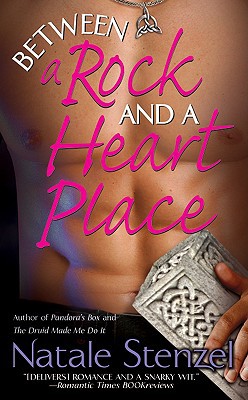 Share:
Daphne Forbes always knew the world was an odd place. Unlike most CPAs, she grew up the daughter of a druid. Unlike her father, she eschewed the supernatural. But magic was coming to trip her up. In the form of an enchanted cornerstone, it was set to knock Daphne's socks off--or at least one of her shoes--and the rest of her clothes were soon to follow.

Magic filled Daphne, empowered her, shifted her shape and raged wild as a summer storm. Enter Tremayne. Whether the tormented newcomer was truly her guardian or something more sinister, one thing he wanted was clear. Daphne wanted him, too. She had spent her whole life with control but little power; this was just the opposite. She was suddenly between a magic stone and...someplace harder. And we're not (just) talking about Tremayne's abs.