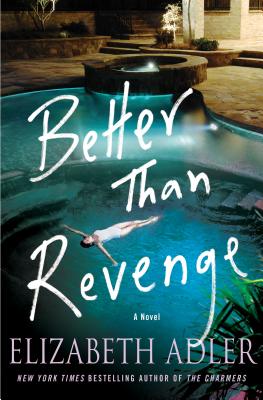 Twin sisters, 38 years old, each attractive and charming, one quiet and cool, the other loud and vivacious. Based in Europe, they travel the world, always first class and always under a different guise. Make-up, wigs, hair styles, clothing, accents―they can transform themselves into anyone the situation demands.

Professional grifters, they con rich men who inevitably fall for their special brand of charm, style, and glamour, and who later find themselves relieved of a great deal of money, cars―once even a plane. Feeling like fools, the sisters' victims rarely attempt to do anything about it. Which has allowed the sisters to continue their con uninterrupted, despite behind-hands rumors.

Interpol has been after them for years, always three feet behind these clever women. Until one of them upsets the whole careful balance, alienating her twin and threatening their way of life by falling in love with the man who was meant to be their next mark.

He is found dead. Murdered. Did the jealous sister do it? Or was it someone else entirely?

An attractive, intelligent agent from Interpol is on the hunt for answers, and the sisters' game is becoming more dangerous than ever before.
Reviews from Goodreads.com