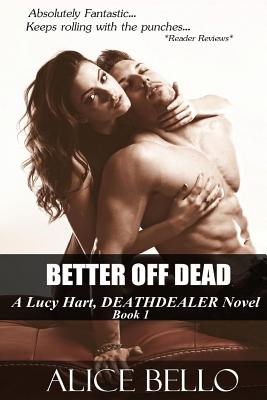 New Adult Paranormal Romance What if your fiancé turns out to be a werewolf, and worse, his creature-of-the-night girlfriend is trying to kill you? Lucy Hart, eighteen-year-old queen bee and captain of the cheer squad, faces just that. She loses everything—money, social status, and even her home—when her father is arrested for tax evasion and immigrant slave trafficking. Reduced to flipping burgers, she plots to get her old life back by blackmailing her father’s slimeball lawyer and scheming her way into a gig pretending to be a rich young man’s “fiancée.” The pay: enough money to let her write her own future. The bad news: the guy is a condescending pain in the butt. In no time at all Lucy finds herself fighting for her life as her faux fiancé’s vampire girlfriend tries to slaughter her, and on top of that, getting royally grossed out by her own spanking new paranormal ability: necromancy. Yet somehow, while she gets back her life and kicks vampire butt, she also manages to fall in love/lust with her fake fiancé.
Reviews from Goodreads.com