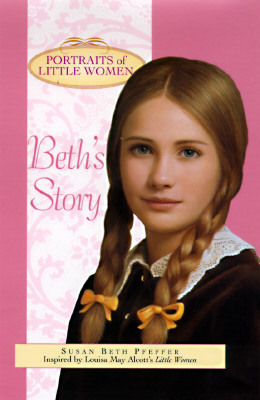 Share:
Painfully shy Beth March is excited to be visiting New York City with her parents.  The theater, opera, symphony, museums--Beth loves every minute of her adventure.  She even meets Abraham Lincoln, and has the courage to tell him that women deserve the right to vote.

But once she's back home in Massachusetts, none of Beth's schoolmates believe that she really spoke to Mr.  Lincoln or that she even met him.  They know Beth is shy--too shy to speak to a man running for President of the United States.  Even Beth's younger sister, Amy, thinks she's lying.  Now Beth wishes she'd never been to New York...until she's surprised by an unexpected visitor.