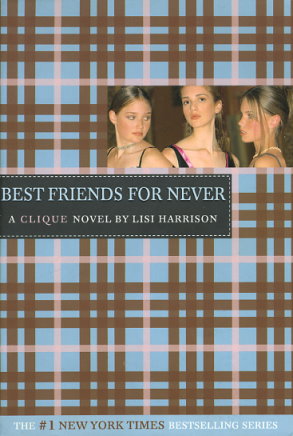 Massie Block: Still gorgeous. Still trendsetting. Still ruling the social scene at Octavian Country Day . . . she hopes. To keep her spot at the top, Massie decides to throw OCD's first boy/girl Halloween party. But she's not sure which is scarier--that her parents are making her invite the entire grade or that she has to throw the party with Claire.

Dylan Marvil: Lost the weight. Kept the attitude. Plans to use her new bod to snag a new guy.

Kristen Gregory: Clothes are for sharing. Guys aren't. Likes the same guy Dylan does. Will do whatever it takes to get him.

Alicia Rivera: With the Clique unraveling faster than last season's Burberry sweater, it just may be time for Alicia to stage her takeover.

Claire Lyons: Still out. Wants in. Seriously needs to lose those Keds.