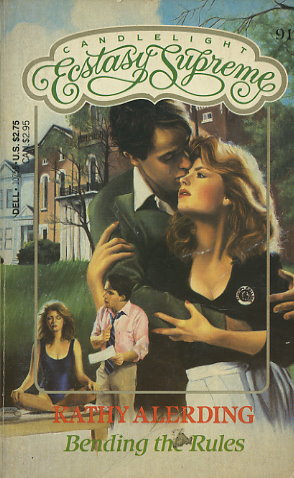 Share:
It wasn't just her job. It was her life! Nikki Anderson had helped found Freedom College. She flourished in an atmosphere of inspired chaos. But only the desperate fact of sudden unemployment could have led a straight arrow like Harry Rostin, boyishly charming, brilliant C.P.A., to become budget director of an institution that taught Remedial Sewing and Exotic Pet Care. How could it happen that Nikki and Harry discovered each other just as Harry discovered the school's dire financial straits? And what would it mean to Nikki to save the school only to lose Harry... to watch her dream of an administrative -- and romantic -- team drift off like a stray hot-air balloon? She knew she had to save Freedom College and keep Harry from rejoining the corporate world, but it would mean bending the rules for the sake of solvency and love.