Believe in Me — Amy Sparling 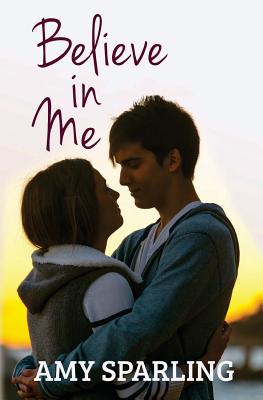 He's got fame... She's got nothing.From the author of the bestselling Summer Unplugged series, comes Believe in Me, The Complete Series. Perfect for fans of Abbi Glines, Monica Murphy, and Kasie West.Jett Adams is the fastest sixteen-year-old motocross racer in the state. Growing up as the kid prodigy of famous racer Jace Adams, Jett has lived in a world of dirt bikes, money, and everything he could ever want. With more than enough girls to choose from, Jett prefers to stay single and live in the moment. Keanna Byrd’s life has been one broken home after another. When her mom dumps her with the Parks for the weekend, Keanna is pretty sure her mom may never come back. Now she’s stuck overstaying her welcome with Park and Becca, who are nice enough, but she doesn’t exactly know them. The Parks own a dirt bike track with the Adams and while Keanna is waiting on her mom to return, she spends a lot of time hanging out alone. Jett is under strict orders to make her feel welcome, but they’re from two different worlds and everything he does seems to get under her skin. Keanna has known guys like Jett before and she’s smart enough to stay away from someone whose looks can get him anything he wants. After just a few days, Jett can’t stop thinking about her. But if he wants her to see him as anything other than some cocky rich guy, he’ll have to show her his true feelings and make her believe in him. This series:Book 1 - Believe in MeBook 2 - Believe in Us Book 3 - Believe in ForeverBook 4 - Believe in Love (A short story)Book 5 - Believe in SummerBook 6 - Believe in FallBook 7 - Believe in WinterBook 8 - Believe in Spring
Reviews from Goodreads.com