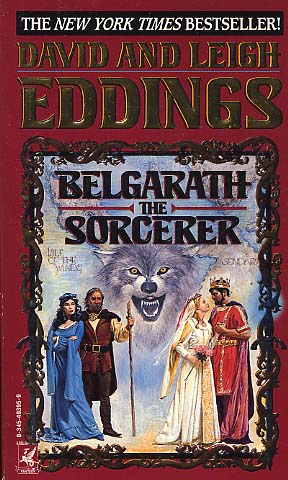 Share:
Bestselling authors David and Leigh Eddings welcome readers back to the time before The Belgariad and The Malloreon series. Join them as they chronicle that fateful conflict between two mortally opposed Destinies, in a monumental war of men and kings and Gods.

When the world was young and Gods still walked among their mortal children, a headstrong orphan boy set out to explore the world. Thus began the extraordinary adventures that would mold that youthful vagabond into a man, and the man into the finely honed instrument of Prophecy known to all the world as Belgarath the Sorcerer.

Then came the dark day when the Dark God Torak split the world asunder, and the God Aldur and his disciples began their monumental labor to set Desti aright. Foremost among their number wasBelgarath. His ceaseless devotion was foredoomed to cost him that which he held most dear--even as his loyal service would extend through echoing centuries of loss, of struggle, and of ultimate triumph.