Behind the Veil — Joanna Wayne 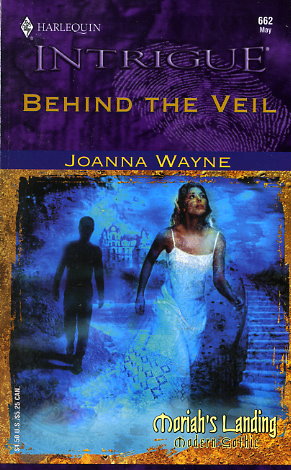 Rumor had it that the secretive owner of the castle on the cliffs, Dr. David Bryson, had been hideously scarred in the accident that killed his fiancee. Now designer Becca Smith had been summoned to work in his home. Though she received mysterious warnings to stay away, nothing could keep Becca from meeting the man whose seductive voice made her burn for his touch.

She was too young, too beautiful, too familiar. She awakened memories in David long buried...emotions that teetered on the edge of insanity. But he vowed to see Becca only from the shadows. Except when a killer attacked, David stepped from behind the veil of darkness to save the woman who was his only hope of salvation.

MORIAH'S LANDING
A curse had settled over the small New England coastal town...an unknown force that was about to irrevocably change the lives of four young women -- and the men captivated by their spell.