Behind the Curtain — Peter Abrahams 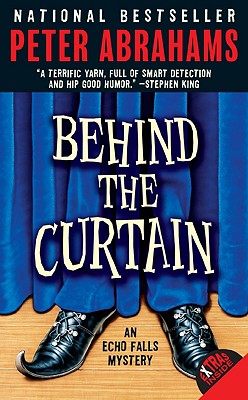 In echo falls you never know what's coming next -- and everyone has a secret. Things are amiss at 99 Maple Lane: Ingrid's dad's job is in jeopardy, but he won't explain why. Ingrid's brother, Ty, is getting buff -- really buff -- but when Ty starts getting moody, Ingrid wonders if there's more to his physical fitness than lifting weights. Meanwhile, Ingrid's beloved soccer coach is replaced by an icy newcomer named Julia LeCaine, who seems a little too savvy to be in it for the postgame pizza. True to her hero, Sherlock Holmes, Ingrid begins fishing around to find out who's really pulling the strings in Echo Falls. But one morning, while en route to the dreaded MathFest, Ingrid is kidnapped and locked in the trunk of a car. Even if she escapes, will anyone believe her story?

In this sequel to Down the Rabbit Hole a clever young girl learns that mysterious forces are at work in her town -- and exposing them could put her life in jeopardy.
Reviews from Goodreads.com 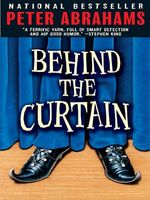