Before We Were Free — Julia Alvarez 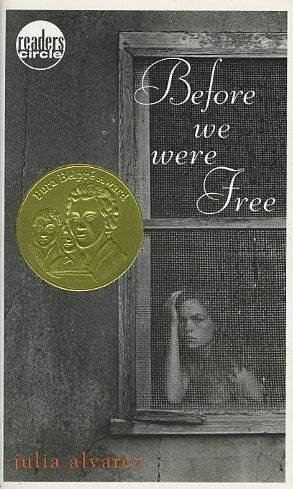 I wonder what it would be like to be free? Not to need wings because you don't have to fly away from your country?

From award-winning author Julia Alvarez comes the story of Anita de la Torre, a twelve-year-old girl living in the Dominican Republic in 1960. Most of Anita's relatives have emigrated to the United States, her Tio Toni has disappeared, Papi has been getting mysterious phone calls about butterflies and someone named Mr. Smith, and the secret police have started terrorizing her family for their suspected opposition to the country's dictator. While Anita deals with a frightening series of events, she also struggles with her adolescence and her own personal flight to be free.
Reviews from Goodreads.com 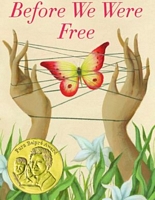