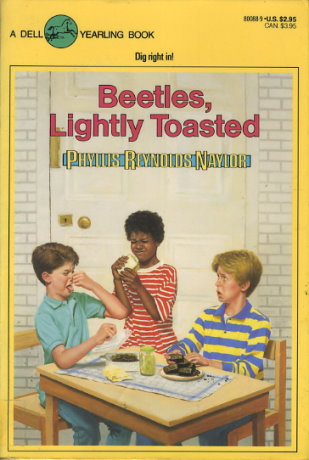 Fifth-grader Andy Moller will do anything to win the Roger B. Sudermann essay contest so that he can win fifty dollars and get his picture in the local newspaper. His cousin and rival, Jack, feels exactly the same way. But how can Andy be inventive and imaginative in an essay contest on conservation?

Bugs and beetles, that's how. Leave it to Andy to think of people eating insects as a way of conserving their food budgets. Before long he's preparing toasted beetles in brownies, mealworm-filled egg salad sandwiches, and batter-fried earthworms for his friends and family. They don't know what they're in for, and neither does Andy. Will he win the contest and lose his friends and family?