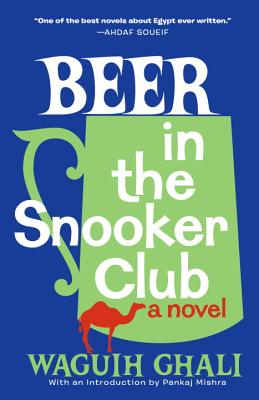 Set amidst the turbulence of 1950s Cairo, Beer in the Snooker Club is the story of Ram Bey, an over-educated, under-ambitious young Egyptian struggling to find out where he fits in. Ram’s favorite haunt is the fashionable Cairo Snooker Club, whose members strive to emulate English gentility; but his best friends are young intellectuals who devour the works of Sartre and engage in dangerous revolutionary activities to support Egyptian independence. By turns biting and comic, Beer in the Snooker Club — the first and only book by Waguih Ghali — became a cult classic when it was first published and remains a timeless portrait of a loveable rogue coming of age in turbulent times.
Reviews from Goodreads.com