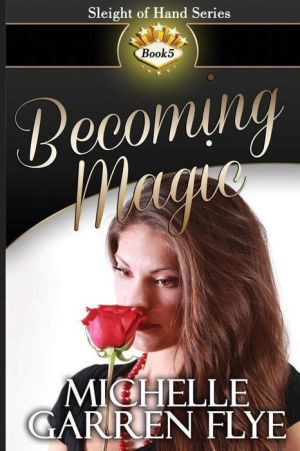 Share:
Carole Barnes once believed she would make her own way in Hollywood, but those days are long gone, leaving behind only a dark, slimy secret that Carole has never shared with anyone. Now she hides in the bright sunshine of the Crystal Coast of North Carolina. As far away as she can get from Hollywood. But what to do when Hollywood comes knocking in the form of a sexy movie star? Connor Wallace has everything going for him -- looks, talent, a successful career -- but what he really wants is to perform magic on stage. His love of magic leads him back to his mentor Walt Bryson. At first, he's pleased when Walt suggests his assistant Carole produce a documentary of his transformation from movie star to magician. He's worked with Carole before -- but the ambitious girl who had a crush on him is gone now, leaving a beautiful, withdrawn woman. It's the perfect arrangement. Carole knows she can make a success of the movie and Connor wants to work with her. But as they grow closer, Connor determines to find out her secret. Can love overcome the boundaries of fear? Or will Carole's past return to plague them both?