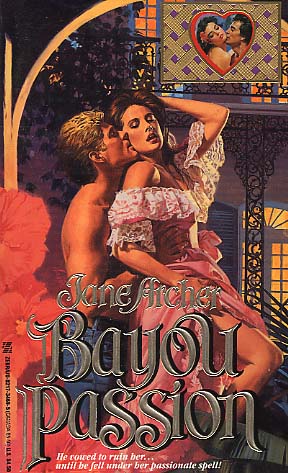 When an angry Drake Dalton burst into Selene Morgan's love Potions apothecary shop, Selene stood ready for battle. Her New Orleans healing and midwifery trade was the only thing left of her family after the Civil War, and she was prepared to use every trick in her books to keep Drake from running her out of business for fraud...starting with her love potion! Once the virile rancher fell in love with her, he'd see her elixirs worked! But when the tall, Texas troublemaker swept Selene into his muscular arms, she felt his masterful touches cast a spell of their own.

Infuriated by all charlatans, Drake went to Selene Morgan's "Love Potions" shop to raise some hell, vowing to get to the bottom of the owner's little charade! But after meeting Selene, Drake's blood was no longer fired by anger...but an unexplainable longing to possess the green-eyed vixen. His hands burned to roam her luscious curves, his lips craved a taste of her sweet kiss, and he knew he could never rest until he'd sated his raging need for the beauty who enchanted him with desire's spell....
Reviews from Goodreads.com