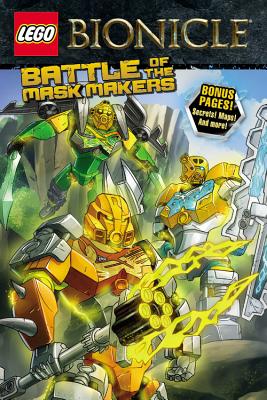 On the mythical island of Okoto, six heroes have united to protect the last of their tribes. Once, peace ruled the six divided regions and their people--that is, until a battle erupted between two mask makers. As Makuta sought to control the ultimate power, only his brother, Ekimu, could stop him. Join Tahu, Kopaku, Onua, Gali, Lewa, and Pohatu as they learn about the origin of their masks and where their elemental powers come from.

The second in an epic graphic novel series of new stories and action-packed adventures following the heroes of Okoto. Features exclusive content that provides maps, myths, and more!
Reviews from Goodreads.com