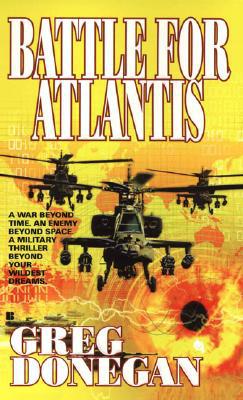 Share:
The Shadow has invaded before. Ten thousand years ago, they destroyed Atlantis and left the world's most technologically advanced civilization in ruins.

They have attempted to overthrow the world in the Bermuda Triangle, the Devil's Sea, and Cambodia. Now, they've stripped Earth of its ozone layer.

Humankind's most ancient enemy won't stop--until they leave behind a dead planet.

Ex-Green Beret Eric Dane has helped avert disaster before, but Earth is running out of chances. In a space between worlds, he is traveling through past portals linking parallel Earths where history has taken different turns. Where Washington, D.C. is desolate, but modern skyscrapers stand in Paris--as Nazi swastikas fly from the Eiffel Tower. Where more than two billion have died after the polar ice caps melted in an isolated, future timeline. Dane and his Navy SEALs must find the Shadow's portal--but even with their next-generation weaponry, what will they do when they reach that alien world? The only certainty is that Earth is dying--and the final battle against an enemy force bent on its destruction has started.