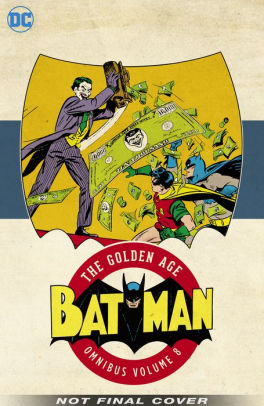 Batman's adventures from the early 1950s are collected for the first time in new hardcover omnibus series, continuing here with Batman: The Golden Age Vol. 8.

These Batman stories from the early 1950s are dominated by the Gotham City underworld, the mysteries of Batman's own crime-fighting techniques and Batman's foes The Joker, Two-Face, the Penguin and Catwoman. Along the way, Batman and Robin venture into the underworld bank, meet the underworld crime committee, explore an undersea hideout for criminals and investigate a rash of robberies in the Batcave. Plus, The Joker starts a newspaper of crime, Catwoman meets the King of Cats and the Penguin claims to go straight by opening an umbrella shop.