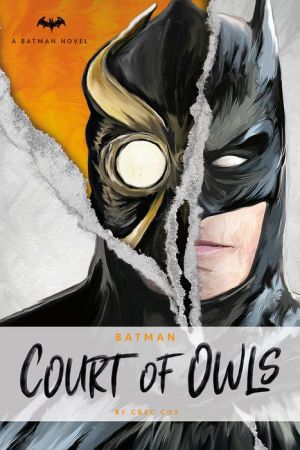 An original novel pitting Batman against the Court of Owls, a secret society of wealthy families that's controlled Gotham for centuries using murder and money.

Beware the Court of Owls, that watches all the time
Ruling Gotham from a shadowed perch, behind granite and lime
They watch you at your hearth, they watch you in your bed
Speak not a whispered word about them, or they'll send the Talon for your head.
--a nursery rhyme

The Court of Owls is a criminal secret society that has existed in Gotham City since the 1600s, led by some of the city's wealthiest and most influential families. They employ deadly trained assassins known as Talons, taken as children from circuses such as the one where Dick Grayson's parents were killed. These children are trained to become the assassins known as Talons. Bruce Wayne came to the Court's attention when he announced plans to reinvigorate Gotham, threatening their control. They sentenced him to death, bringing themselves to the attention of Batman. Though they suffer defeats, the Court continues to fight to retake control of the city's underworld - a fight that has gone on for centuries.