Bane of Her Desire — Kira Shayde 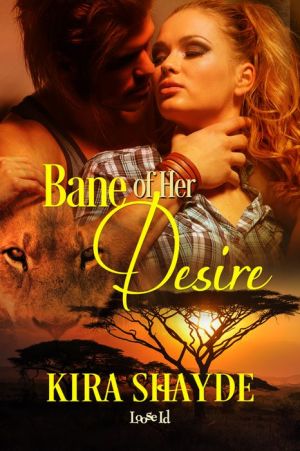 Bane does not expect the daughter of a high-ranking Parliamentary executive to be a smart, code-breaking expert, adamant about abolishing the lion caste hierarchy and ending the lion-hyena conflict. Nor would he expect such a stunning lioness to fall for him.

But Bane’s job is to find the traitors supplying weapons to the hyenas and all signs point to Holly’s brother. Holly won’t give up on her brother though…or Bane. As their passion escalates, so do the risks, the danger, and ultimately, their love.