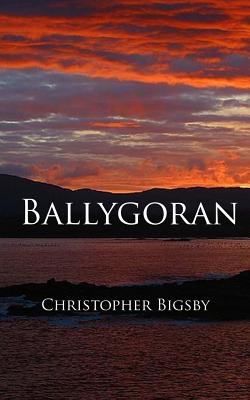 Ballygoran is a small Irish town, one part memory, one part myth, with a touch of tragedy and a deal of comedy. It is a place which people leave and still more unaccountably stay. Education of the young is in the hands of a rather strange assembly of nuns, one of whom is under the impression she can sing and all of whom are believers in violence as an educative tool. They teach holy scripture and chastity, to both of which their pupils seem unaccountably resistant. Each house has its secrets, from the woman who fell in love with a camel driver, to a couple who wage unrelenting war with one another. There is a clothes store that sells pink underclothes guaranteed to resist assault, along with surgical stockings, giving it reassuring overtones of the medical profession. One woman’s husband fell off the roof while adjusting the television aerial, the surgeon respecting her request that his life not be unnecessarily prolonged, he being in no condition to join in the ethical discussion. Then there are the three Marys of whom it was said, though not in the presence, that they could have played rugby for Ireland but for their gender and the risk of injury to any team they joined. These are only part of a cast of comic characters, many of whom meet in the local pub whose licensing hours are elastic. But what is comedy without a touch of melancholy and would you not feel melancholy if it rained more days than not and if dreams never quite distilled into reality. This is a comedy from the award-winning novelist (Hester, Beautiful Dreamer) and biographer (Arthur Miller: A Biography) Christopher Bigsby, a regular columnist for the Times Higher Education Supplement and who for many years was a presenter on BBC radio (Kaleidoscope, Meridian, Present Voic es, Past Words, The Index, Off the Page), and was the co-author, with Malcolm Bradbury, of plays for radio and television.
Reviews from Goodreads.com