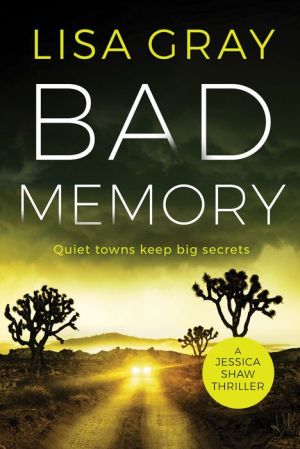 Quiet towns keep big secrets.
Private investigator Jessica Shaw is leading a quiet life in a Californian desert community, where she spends her days working low-level cases. But when a former resident asks Jessica to help her sister, Rue Hunter—a convicted murderer whose execution is days away—Jessica can’t resist the offer.
Rue doesn't remember what happened the night two high school students were killed thirty years ago, but everybody in town is certain she’s guilty. As Jessica looks for answers, she finds that local rumors point one way and evidence points another. And nobody wants to face the truth. Meanwhile, Jessica can’t shake the feeling that someone is stalking her—now more than ever, she knows she can’t trust anyone.
As Jessica digs deeper, she encounters local secrets in unlikely places—including the police department itself. But the clock is ticking, and Jessica must find the truth fast—or Rue’s bad memory may be the death of them both.
Reviews from Goodreads.com