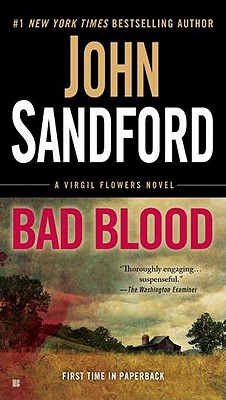 One late fall Sunday in southern Minnesota, a farmer brings a load of soybeans to a local grain elevator -- and a young man hits him on the head with a steel bar, drops him into the grain bin, waits until he's sure he's dead, and then calls the sheriff to report the "accident." Suspicious, the sheriff calls in Virgil Flowers, who quickly breaks the kid down...and the next day the boy's found hanging in his cell. Remorse? Virgil isn't so sure, and as he investigates he begins to uncover a multigeneration, multifamily conspiracy -- a series of crimes of such monstrosity that, though he's seen an awful lot in his life, even he has difficulty in comprehending it...and in figuring out what to do next.
Reviews from Goodreads.com

Virgil Flowers of the Minnesota Bureau of Criminal Apprehension is called in by sheriff, Lee Coakley. There have been four murders in this small Minnesota community and she needs help.

Robert Tripp, an employee at a grain company killed farmer Jacob Flood. Then Tripp was arrested and murdered in his cell.
When Virgil goes to the home of officer Jim Crocker, to question him, Crocker has been murdered.

When putting the case together, Virgil also learns that a teenage girl had been found dead in a cemetary. Kelly Baker showed signs of extreme sexual activity, with more than one partner.

Virgil questions Flood's wife, Alma. She tells him that her husband, Crocker and Kelly were all members of her church community. When Virgil quotes some bible verses to Alma and tells her that his father was a minister, Alma didn't know the quotes and Virgil began to suspect that the church wasn't a religious organization but something else.

What he finds is that there are over a hundred families and they are involved in a multigenerational sexual activity that is unheard of.

This is an extremely well plotted and suspenseful novel that the reader will enjoy. Virgil is a wise cracking character who also enjoys some extra curricular activity with the attractive sheriff. 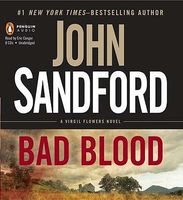 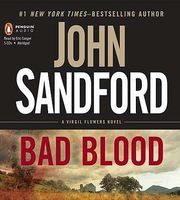 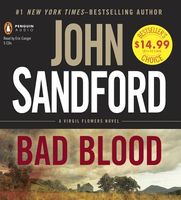